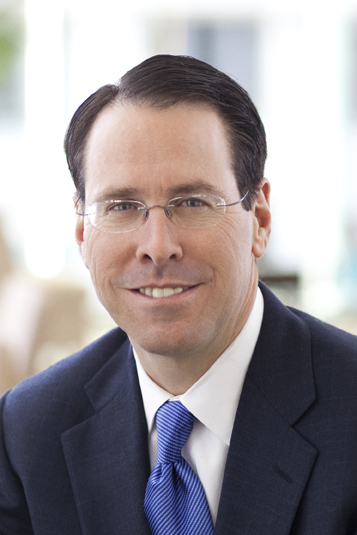 In reaction to a petition campaign asking him to speak out against the Boy Scouts of America’s current ban on gay scouts and gay scout leaders, Randall Stephenson, CEO of AT&T and an executive board member with the Boy Scouts, has announced that he not only supports an end to the ban — but will also commit to ending it.

In an interview with the Dallas Voice, an AT&T spokesperson for Stephenson said that the executive board member will work alongside Ernst & Young CEO James Turley, another BSA board member, to help change their policy. According to reporter David Taffet, “Stephenson’s spokesman, Marty Richter told Dallas Voice he’s committed to changing the policy. … Richter said he believes Turley will lead the effort to make the Boy Scouts inclusive with Stephenson’s full support.”

Stephenson’s spokesperson went on record with this commitment after Jennifer Tyrrell, a gay mom from Bridgeport, Ohio, who was ousted as her son’s den leader in April, started a petition on Change.org calling for an end to the Boy Scouts’ ban on gay troops and leaders, which has attracted more than 300,000 signatures. In June 2012, Tyrrell began a second petition calling on Stephenson to work to end it. More than 75,000 people have signed it to date.

“This is a huge new development and could mean that the Boy Scouts are preparing to end this anti-gay policy sooner rather than later,” said Tyrrell. “I’m very impressed with Mr. Stephenson’s leadership and his new commitment to helping the Boy Scouts stop discriminating, a position that is totally consistent with AT&T’s record as a champion of fairness and equality in the workplace.”

“Our campaign to end the ban on gay Boy Scouts and leaders not only includes thousands of scouts and scout leaders, but has now been joined by two prominent members of the organization’s board of directors,” said Tyrrell.

Stephenson’s announced commitment comes shortly before Tyrrell and her 7-year-old son, formerly a Cub Scout, will deliver more than 300,000 signatures — from the first  petition started by Tyrrell — to the Boy Scouts of America’s national headquarters in Dallas on Wednesday, July 18.

“All I’m asking for is the opportunity to meet with a Boy Scouts official and resume my post as den leader of my son’s Cub Scout Pack — a post that was taken from me as a result of a discriminatory policy that’s unpopular with Boy Scouts and leaders across the country,” said Tyrrell. “I hope they’ll listen to my story and the stories of hundreds of thousands who have signed my Change.org petitions.”