Gates was, of course, the Director the CIA before he was secretary of the Defense department. No doubt those lofty positions made his nomination as BSA Inc’s president a no-brainer for the easily impressed members of the national executive board in Dallas. Rubbing elbows with such illustrious “colleagues” would be the highlight of their lives.

We should also note here Gates was responsible for queering the armed forces of the United States, using much the same plan used against the boy scouts.

What if the decision to impose girls on boy scouts was Gate’s last hurrah literally or at least by inspiration? CEO Surbaugh trotted out a supposed poll that proved girl boy scouts would save BSA Inc in a fell swoop of pent up demand, motherhood, apple pie and GoGrrl spirit the boys could not possibly handle.

Former Central Intelligence Agency (CIA) director William Colby explained how the Dezinformatsiya agency operated, saying that it would place a false article in a left-leaning newspaper. The fraudulent tale would make its way to a Communist periodical, before eventually being published by a Soviet newspaper, which would say its sources were undisclosed individuals. By this process a falsehood was globally proliferated as a legitimate piece of reporting.

This is not so crazy as we may have considered it only a few years ago, learning what we’ve learned about the infamous hoax known as “The Russian Dossier.” The FBI used paid assets in various “down on their luck” media outfits to create the appearance of investigative reporting, which justified other media outlet interest, which in turn justified FBI interest, which was leaked “confirming” the original lie.

What if there was no demand for girls in boy scouts with the exception of a handful of tomboys and a bunch of angry butch feminist types looking to take down a hated bastion of American grit and manhood?

In this scenario, Surbaugh or anyone at Dallas HQ would use the known fact of a self-selected, i.e., not random survey about girls in boy scouts. It doesn’t matter the results the fact of the survey would be used to legitimate a false claim of “pent up demand” that would give Surbaugh a figleaf for his lie to claim the decision was market based, not Virtue Signaling to the Marxist-Leninist Left.

Once the dezinformatsiya meme was created, it was seeded into official BSA Inc organs such as Boys Life and Scouter, accompanied by moral instruction on “right-think.”

This theme and the article will be developed over time.

In case you needed to see how BSA lied to you me and your sons with a straight face, then weaponized the Scout Law to make you STFU, there’s this enlightening discussion at reddit

Girls as Cub Scouts from BSA

Or see the whole disgusting, conniving, sick and warped discussion in this graphic: 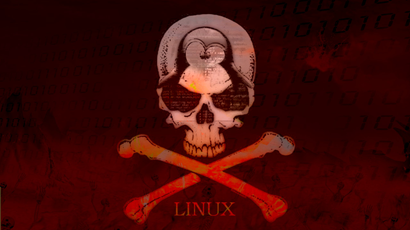 An alarming artticle at lulz.com on the “Code of Conduct” imposed on the Linux development community. Many of you already know Vox Day’s opinion of them.

The “Code of Conduct” tactic destroyed many volunteer societies already, although you’ve certainly never heard of them.

The poison is now working its way through the remnant of the Boy Scouts of America using “Youth Protection” as the fig leaf to cover the fact.

Below is a blog entry illustrating how a Code of Conduct was snuck into the Linux project – you know, the software operating system that runs your smartphone, your Internet router, your tv, your corporation’s network and most of its servers  . . . well you get the idea.

The Linux people have seen one IT project after another fall to rabid SJWs and LGBTPQ entryists. They were primed for battle by their victory in “GamerGate” several years ago. It is a fact tactics learned in GG helped propell Donald Trump to the White House.

LINUX DEVS ARE FIGHTING BACK AND THEY ARE WINNING.

Scouters: DO NOT AGREE TO ANY “CODE OF CONDUCT.” IT IS A WEAPON DESIGNED TO ENTRAP YOU WITHOUT RECOURSE.

If you see a proposed CoC anywhere, fight it with everything you’ve got or your organization will be captured and subdued by the people who want you and your way of life D-E-A-D DEAD.

An excerpt, highlighted below in yellow:

The controversy
Activists from the feminist and LGBTQIA+ communities have been trying to force the Linux project to join the Contributor Covenant since at least 2015. The Contributor Covenant is an agreement to implement a special Code of Conduct (frequently CoC from now on) aimed at changing the predominantly white, straight, and male face of programming. CC’s Code of Conduct is controversial particularly because it allows anyone to be banned from contributing code for any reason, usually with no mechanism for oversight or accountability.

On September 16 the pro-CoC side got their wish (how this happened is a very strange story of its own, read recent news about Linus Torvalds’ departure if you want to know more) — Linux had officially committed to implementing and obeying the CC Code of Conduct — and they immediately set about using it to remove top Linux coders. Sage Sharp, who describes theyself as a “diversity & inclusion consultant, hufflepuff, non-binary agender trans masculine” and has 7k followers, cites GeekFeminismWiki and targets Google’s Theo Ts’o with accusations of being a rape apologist:

Read the rest at this link: